I must be getting old. I used to be the most vociferous person I knew when it came to spouting all manner of opinions about songs, films, art & so on. It’s something that I probably inherited from my long departed Father; he was never short of an opinion or a comment. At the emotional crescendo of any given film, just when your heart is being torn in two because the hero or heroine had just died, it was nothing for him to jokingly declare “well, it’s off to the pay office for him/her”.

I think all of that changed for me back in 1995 when a friend, a talented painter, took a 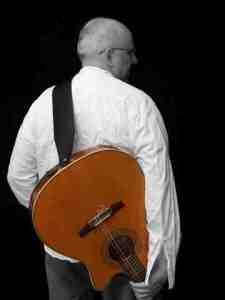 few minutes to write me a letter. I had just released a children’s album & she felt drawn to respond. The letter opened with the following thought…. “Mick, as an artist, I have sat at exhibitions of my work & watched as people just walked straight past works that I had poured my heart & soul into; I didn’t want to listen to your album & do the same thing”
She then proceeded to share some wonderful thoughts about the impact that the music had on her. It was an encouraging letter to receive & over 20 years later I still remember it.

It taught me that behind the art is the artist, usually feeling stripped bare as they put their heart & soul out there for all to see; it taught me that it would be wise not to speak anything out loud that I wouldn’t say if the artist was sitting in front of me. Now let me be clear, I don’t always succeed at this; & I don’t always like what I hear & see, but with the wisdom of the above scenario considered, it should temper anyone’s response to what an artist puts out in the public domain.

I have been reminded of this again recently at a very personal level. As I prepare songs for my next album, every now & then I try out a song, usually on the good folk that I do church with. Their comments as always are so kind that it’s really quite humbling. (Maybe the ones who hate it just avoid me)

Recently I was privileged to share a new song called “Love would be alright with me”. Among the well wishers was a young friend who embraced me with a surprisingly effusive hug and lots of encouraging words.

Every now & then I’ll get an email or a comment about something that I’ve/we’ve done in the past, and my goodness does it do something to your soul. It always reminds me of a maxim that I try to apply i.e. when I am listening to music that was done by someone I know (and I listen to a lot) and it moves me, or I just simply enjoy it, I always try to communicate this to them, just to say “keep doing what you do”. These days with email and text messages this is quite easy to do.

So… Hug an artist today!!! It may well be an investment is a great future. If you can’t hug them, take a moment to send them a short note of encouragement. I know so many musicians, artists, songwriters at my end of the stick, that this would make a world of difference to.

STOP PRESS: As I type this, the English band Oasis have just played the half time show at the superbowl in the USA. The number of critics who have used social media to howl down their performance is staggering. Really ugly stuff.